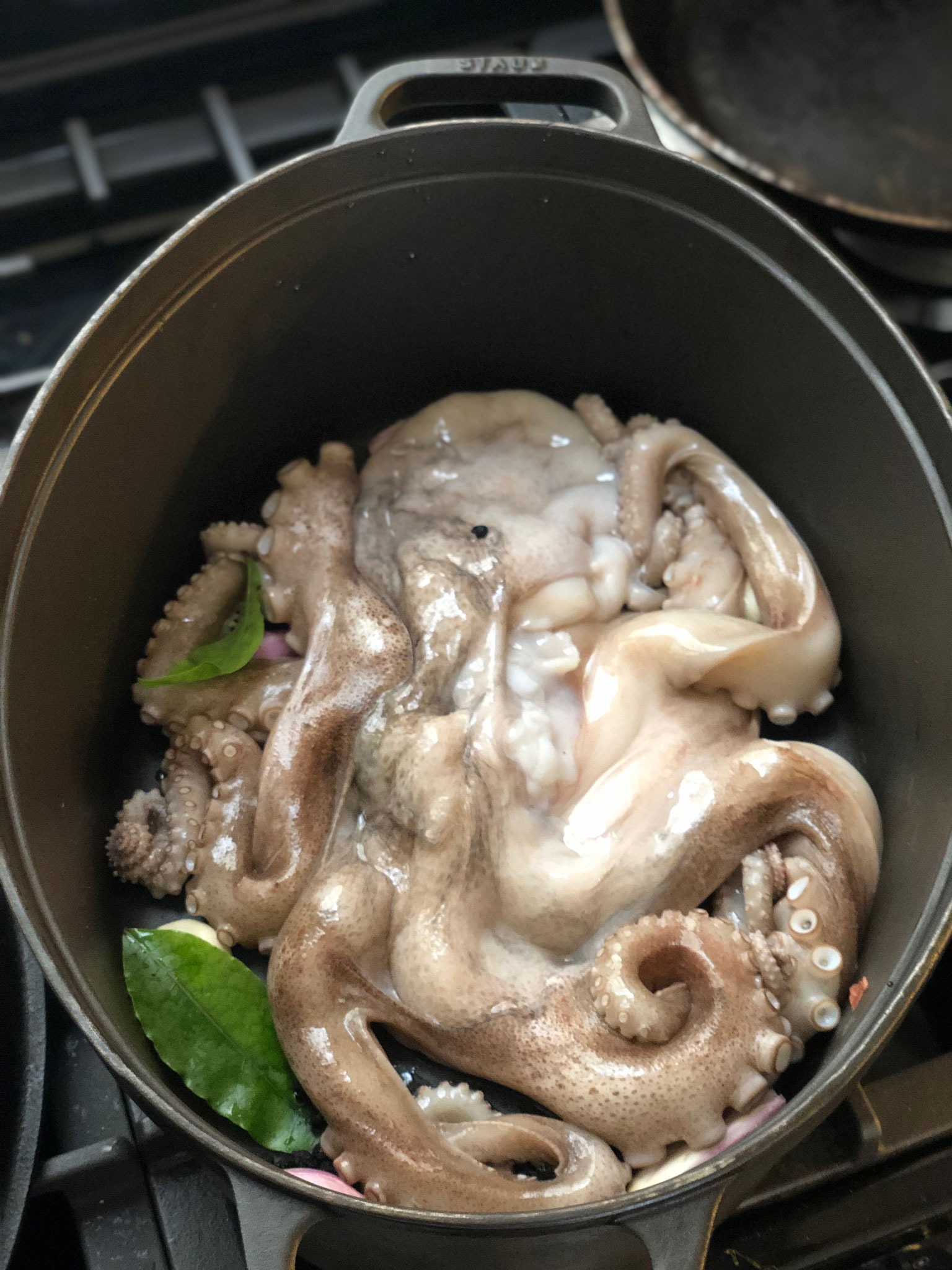 I know that octopus can be scary, not only because of the looks but also because most people think its impossible to cook so it does not get chewy. I just love the taste of octopus and have been experimenting with it for years, this is what I would say the easiest and most fool proof method of getting super tender octopus.

By the way octopus is one of the few foods that actually needs to be frozen at some point. most of them will be frozen for transport, so unless you caught a live one, you can ignore the freezing. If you should have caught your own you have the choice of beating it over a rock for ca. 100 times of freezing it… unless you need the workout I would advise freezing.

Wash the octopus well, there should be nothing in the little suction cups. This is the only hard bit.

Then you place the washed octopus into a heavy cast iron dutch oven or similar with some bayleaves and peppercorns and maybe some onions. But NO water or oil!

Set it on a stove at the lowest heat you have. I turn my gas stove on the smallest burner to the absolute minimum. put the lid on and let it simmer for 3 hours. I put an alarm onto my phone just so I don’t forget, but don’t worry a couple of minutes more won’t make much of a difference.

These are personal cooking techniques. They are not recipes, since I usually don’t cook by recipes. Rather than giving you exact instructions, I will try to cover the general principals of cooking that I have acquired and tested over the years.